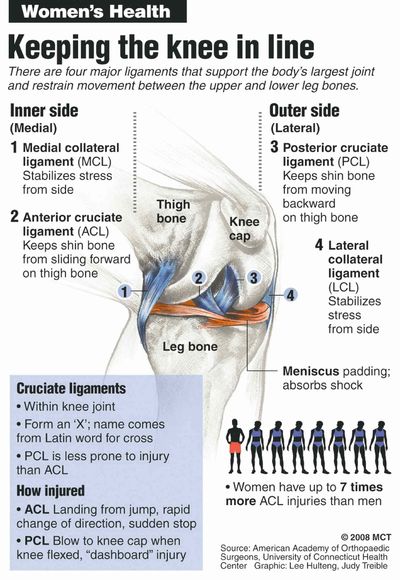 A strained or ruptured anterior cruciate ligament — also known as an ACL — is one of the most common knee injuries an athlete can suffer. It is also one of the most devastating, with injured athletes often requiring surgery and as much as six months of rehabilitation for a full recovery.

Most of the athletes suffering these injuries are in high-demand sports such as basketball, football, hockey and soccer. But you can also injure yourself by skateboarding, playing ultimate Frisbee or volleyball, or participating in any other sport that requires landing from a jump, sudden deceleration or planting and cutting manoeuvres.

Another important trend in ACL injuries concerns gender. The incidence of ACL rupture in female athletes is up to five times higher than males when comparing the same sport between the sexes.